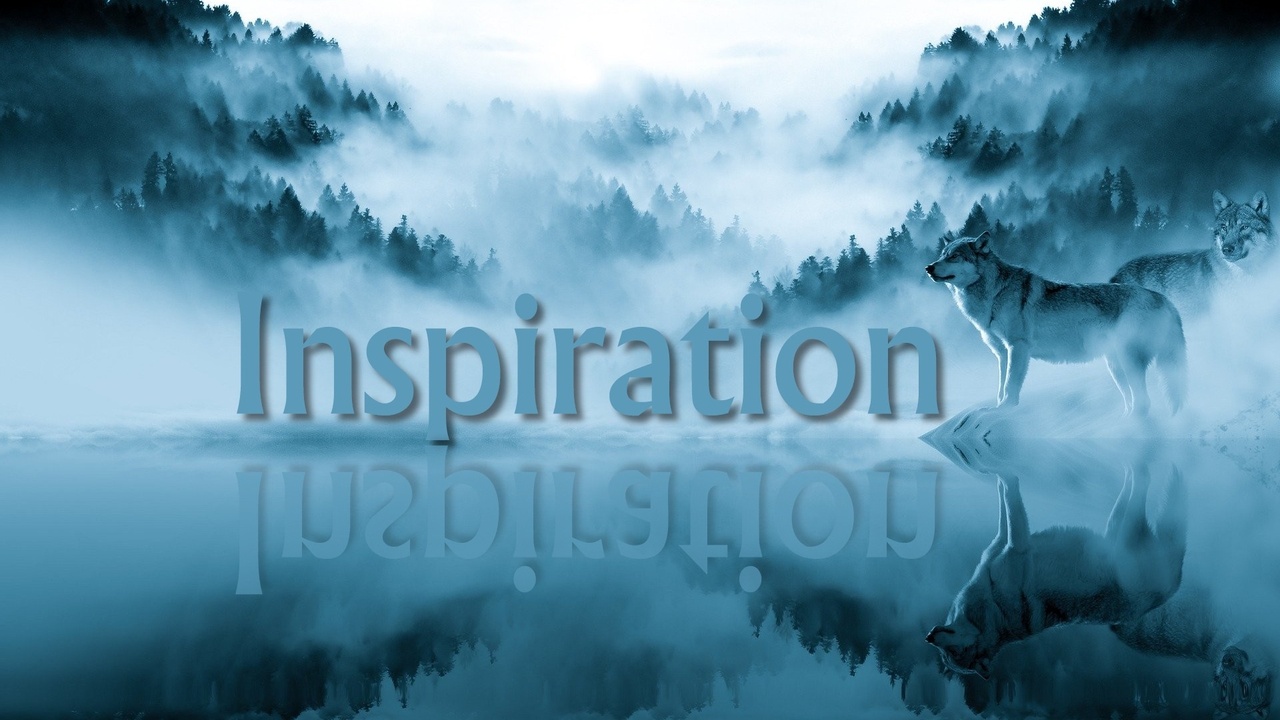 I say again: I believe in the inspiration of our scriptures!  But that is not the same thing as saying "only our scriptures are inspired." 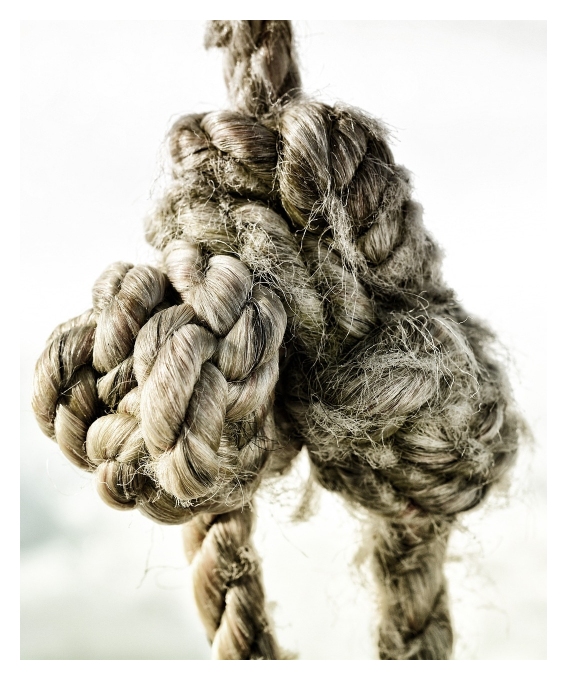 This is a knotty problem precisely because of the way current Christians think (and have been taught to think) about inspiration.

In other words, Christians have generally narrowed the meaning of the term to fit only the documents in our own Bibles. And then we essentially merge the terms scripture, canon, and inspiration to be interchangeable, as if all refer to each other in a single, unified whole (a kind of "Bible trinity").  (Again, I deal with this specifically and in detail in SCI.)

It is a sad fact that a high number of Christians today (even many preachers and teachers!) don't know the difference between scripture, canon, and inspiration. In fact, some will insist (and some will even go to war over) that these three things are indistinguishable---or at least inseparable.  And the outcome is the view that only what is in the Bible can be inspired by God.

This, then, brings us back to question about the one-time General and President of the U.S., Ulysses S. Grant (raised in Part 1); namely, "Are Grant's Memoirs "inspired" like Matthew's Gospel is inspired?"

Notice what this question is:  It is immediately and directly about the manner of inspiration.  Ah! The deep dark secret that the inquiring minds of so many Christians want to know: 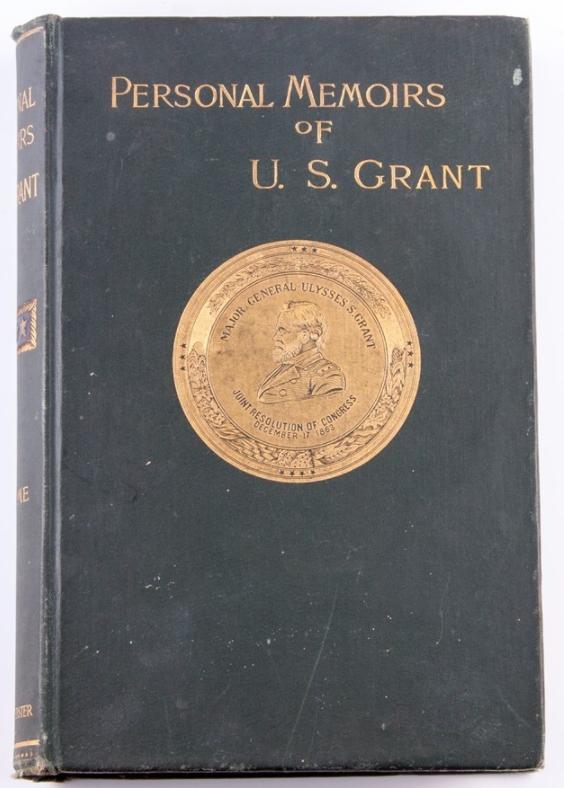 If we say "yes!" to Grant, that he was inspired, when late in his life he put pen to paper to write his personal memoirs, does this somehow lessen or demote the value of Matthew's Gospel? Think about it, if the apostle Matthew did have anything to do with that Gospel, as tradition says he did, he surely wasn't as well known when it was written, not as experienced, not anywhere near as influential, and not even close to as traveled as Grant.[1]

But surely, the Gospel of Matthew is more special than Grant, right?  Because it's in the Bible. Right? Is it even possible they could both be inspired? Is it sacrilege---heresy even---to consider such a question?

That is not even all the questions that get asked. But doesn't it strike you as even a little bit funny that no biblical text asks any of these questions?  No author says, "Ok, gather around now, and I'm going to give you a Masterclass on biblical inspiration!  You need to know the right definition and the right details for how this works, and you have to sign this "statement of faith" or you can't really be my disciples! You can't hold an office in my church, my school, my organization!"

(This is just nuts!)

I have a suggestion. Let's leave the inquiring minds on the grocery store shelf and forget about solving the question of manner. If we believe that the Spirit of God is like the wind, the breath of God, blowing wherever it will, then, like our biblical texts, we just won't worry about the manner.

The real question for us is,
from a biblical text point of view,
and given that we believe that God works through biblical texts to fill the lives of individuals and communities of faith:
"What do WE do now?"

Instead of stressing and obsessing about the manner of inspiration, (i.e., about exactly how God accomplishes, or works, or infuses "inspiration"), let's spend our time looking at some other things. Things that we can see, like, "What were our individual biblical texts trying to do?

Hmm.  For example, Grant's writing is not of the same genre, motive, context, goal, vision, culture, or time period of our canonical books. We can compare, contrast, and evaluate those things.  So, what if our flawed General Grant, 18th President of the United States, was inspired by God for the purposes and topic he was addressing? Would that be the first time God has used unworthy people to reach out to others? 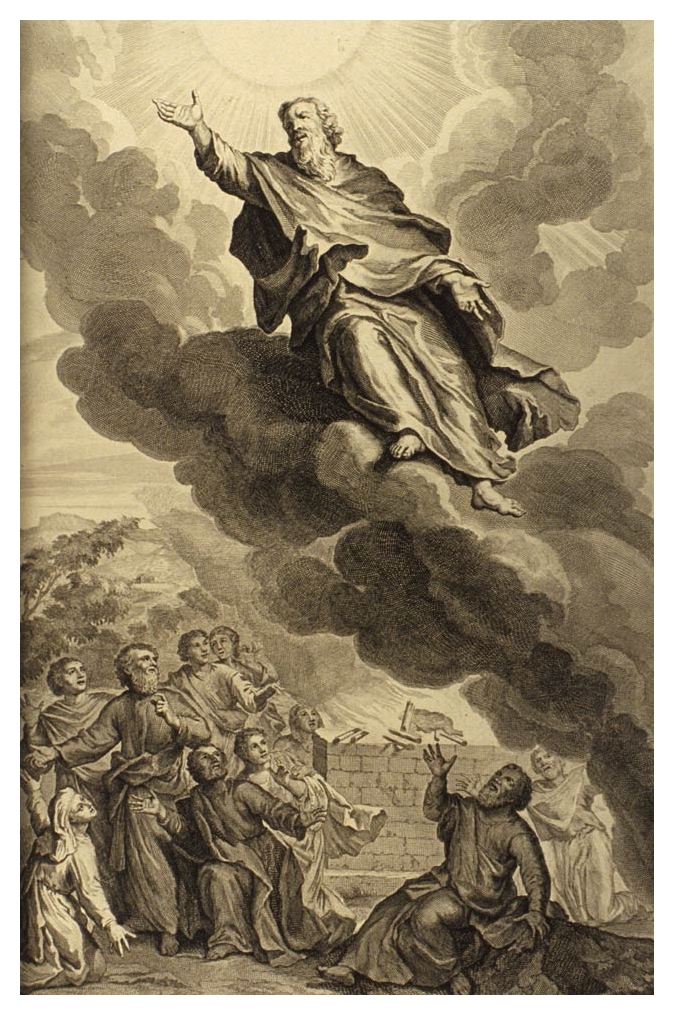 There is actually an easier way of addressing this. Because asking if Grant (or any other near contemporary person--Mother Teresa?Graham? King? Mandela? TuTu?) was inspired is very much the same as asking whether 1Enoch was inspired (written well before Jesus was born, and influential on numerous NT writings). There are likely few preachers in Protestant Churches who would say "yes" to this; but at least the writer of Jude thought so.[2]  And there have been many Christians throughout history who have thought so, even to this day.

However, for many other Christians, these ideas are unsettling and immediately send them running to ask about canon: "Well then, should 1Enoch be in our canon?" Or perhaps more suspiciously, "I knew you wanted to change our canon!" And they do that for one reason only: they have been taught to do this. They don't know the difference between inspiration, scripture, and canon.  Whether we consider Ulysses S. Grant or 1Enoch or Martin Luther, or Martin Luther King, or Billy Graham, or Mother Teresa, or Pope Francis Jorge Mario Bergoglio, or Gary D. Collier, or YOU as inspired by God has little or nothing to do with canon.

For myself, I would avoid the language that one is “more inspired” than another; instead, I would simply say that when we speak of the inspiration of biblical texts within a canon we have chosen to accept, we are talking about a specific effort of conversation between God and humankind about how God was acting in that world and how people were acting for God’s sake.

Does this answer all questions? Well, of course not! I don't have to do that! There is no such thing as an answer to all questions. Even to say that God is the answer to all questions doesn't help, because one can raise a question [or a thousand] about any solution to any problem. At some point, one needs to ask simply, "Is it consistent with biblical texts? Does it work? Is this enough for now?"

Exactly how does inspiration take place, and in what manner?  This question and many others like it are not the questions being addressed in biblical texts! The real question for us is, from a biblical text point of view, and given that we believe that God works through biblical texts to fill the lives of individuals and communities of faith: "What do WE do now?"

Blessings to my friend who wrote me the excellent question,
to all who may be reading sympathetically,
and to all who may wish to sto. . .  (uh . . . challenge) me . . .
by all means please do so below.

As Christian brothers and sisters, we should be able to talk about such things.
Seriously. Without rancor. And openly.

Gary D. Collier
__________________
Institute for the Art of Biblical Conversation
Impacting how people around the world engage biblical texts

[1] The notion often presented, that in Matthew's case the Holy Spirit made Matthew's humanity irrelevant, is a striking example of sugarcoating biblical texts to make them claim things they don't at all claim---a clear example of circular reasoning. We come up with a "theology" (based on a kind of ouija board collection of unrelated texts) that sets Matthew's inspiration apart, and then simply remove the human Matthew from the picture as unimportant even though no text ever claims such a thing.  So what stops us from saying the same of Grant? Ah, well, if we have already decided that Matthew is inspired by God (after all, it is part of Scripture, the canon!), and Grant is (obviously) only humanly inspired, then this becomes easy. So then, this so-called "strong" view of inspiration turns out to engage in incredible amounts of special pleading, assuming what it wants to be the case, and then using it as proof. [And no, 2Pet 1:19-21 does not offer support for this widespread tactic. I deal with this at length in Graphe, 2018, pp. 88-99.]

[2] The Enoch question is hotly debated and conservative scholars spend a lot of time trying to show that Jude would never quote a non-biblical book either as "scripture" or as "inspired."  But it is interesting that out of all the texts Jude alludes to and could have quoted in this tiny letter, 1Enoch 1:9 is the only direct quote in the letter. It is also clearly an authoritative quote about God coming in judgment "with his holy 10 thousands" against all the ungodly. Any suggestion that Jude considered this a non-inspired book is quite beyond comprehension, except from a point of view that wants to protect Jude from such embarrassment (see Collier Graphe, 2018, 138f).  See here for one well written online example that relies too heavily on Douglas Moo for this text, who is simply wrong about a 1st century closed canon, the significance of the absence of graphe, and more. Further, as is typical, this article slides right off (almost immediately) into the bottomless pit that inspiration implies canon and vice versa.

I would like to hear what YOU think of this 4 part series of articles.
Please leave your comments below!